So you've got a new hard drive and you want to add it to your Linux machine. Maybe you're adding a second hard disk to store more media, or maybe you're installing a new SSD on your Linux homeserver.

Whatever the reason, adding a new hard drive is a simple process that we can do straight from the command line.

In this guide, we will:

Before installing your new drive, grab a list of your current drives using parted. This is optional, but I like to use this "before" snapshot to compare it to the output we'll generate after installing the drive.

Next, you'll want to power down your machine and physically install the new hard drive. This varies by make and model, but you should see hard drive slots to add new drives when you open up the casing.

I personally recommend the HP Proliant line of home servers. In this example I added a 1TB Samsung SSD (which also requires a 2.5" to 3.5" HDD adapter tray) 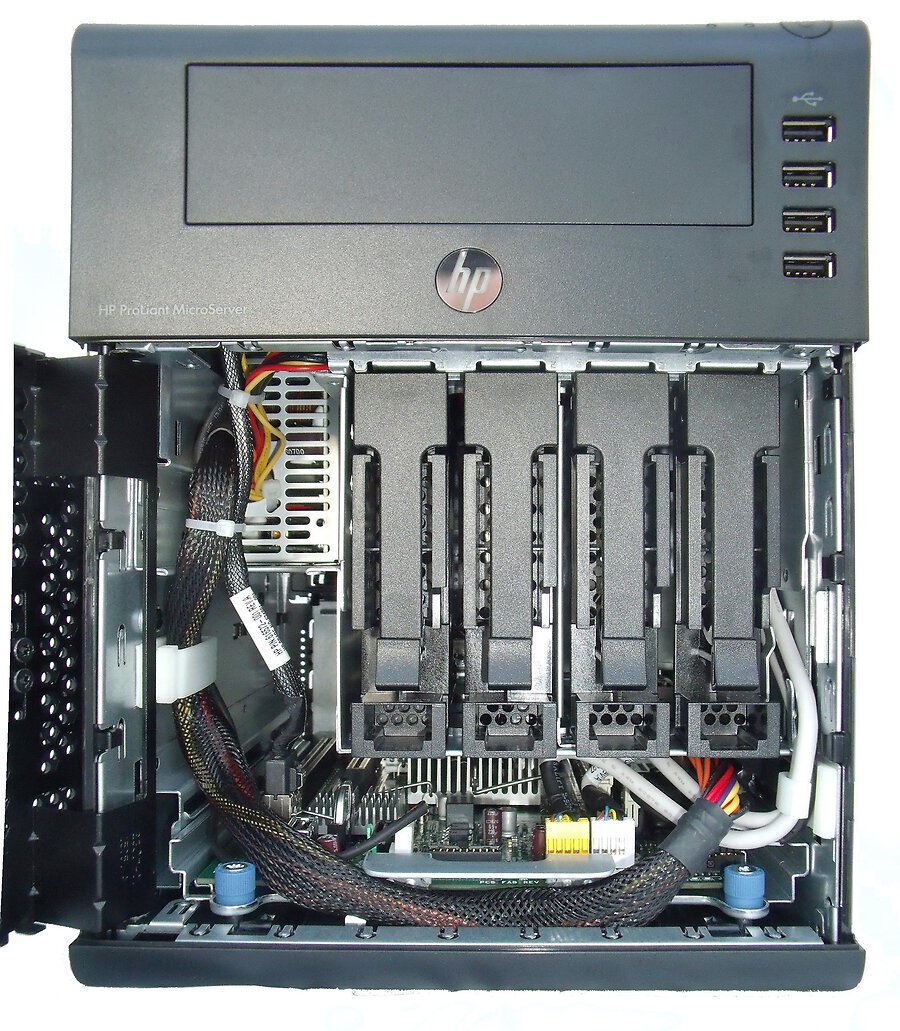 2. Partition and Format the drive

After booting your machine back up, list your drives again.

This time you'll notice a new drive, which may be labeled as unrecognized disk. In this example I added a new 1TB Samsung SSD, which is named /dev/sdb.

Linux drives are usually named in the format /dev/(type)(letter). The type is a two letter identifier based on the drive type, and the letter starts with a and increments sequentially: /dev/sda, /dev/sdb, etc...

Start the parted interactive console by giving it the device name you'd like to edit:

It's important you get the right device name - you don't want to format the wrong drive! You can always switch to a different selected drive by typing select /dev/sdX in the parted console.

Create a gpt partition table and verify the output:

As you can see, it defaults to having no partitions (note the empty table at the bottom of the output).

Now let's partition the entire disk. Note that you can also choose to partition part of the disk or even certain ranges (e.g. mkpart primary ext4 0GB 500GB) in order to create multiple partitions if you'd like.

The partition table now has 1 partion equal to the size of the entire drive.

In this case primary is the name of the partition, not the partition type (which confusingly also uses the label primary).

Use mkfs to format our new partition:

Similar to device names, partitions under a device (drive) are named by sequentially numbering the device names:

Mount and Register the Drive

Create a mount point - this is the path where your new drive will be located. It can be any arbitrary path

Verify the new mount with df:

The output shows that the new device partition /dev/sdb1 is mounted at /hdd.

You don't want to have to manually mount your device each time you restart.

The /etc/fstab file contains a table of your filesystem devices. We'll edit this file to add an entry for your newly added hard drive. Linux reads this file on each boot up and will automatically mount your new drive for you.

First, find the drive's UUID. We use the UUID because unlike device lables (e.g. /dev/sdb), it doesn't change if you move the drive to a new slot or machine in the future.

And add following to the end of the file, substituting your own UUID and mount path:

The man fstab documentation outlines various configurable options. Here we use defaults, which defaults to a few common-sense options outlined in the documentation. One of the defaults is nouser, meaning only a super user can mount drives. This is why we executed sudo mount above.

The hard disk mount folder is owned by root by default.

It's probably more useful to have it be owned by a specific user, so you'll want to recursively update its permissions:

Test out your new drive by writing a file to it:

Also try restarting the machine and ensure the drive automatically gets detected and mounted on boot.

If you need to make further changes to fstab or move the mount point, be sure to unmount the device first:

If you are physically removing the drive, update /etc/fstab to comment out or remove the entry relating to your hard drive. If you don't, linux will complain about a missing drive and fail to boot. You can also provide the nofail option to avoid this. See this StackExchange question.